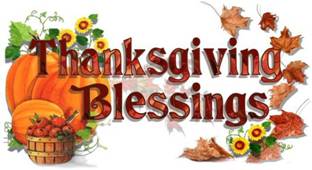 The healings are continuing with our conference calls, and the variety is increasing by the day. The healings are not just physical, but mental, emotional, psychological and spiritual! People are being set free. In the weeks that have passed since we began these healing calls, we have seen miracle after miracle after miracle! We have good reason to be thankful and to express that thanksgiving to the Lord, and there are dozens and dozens of folks who can attest to it! Praise God!

We're continuing on with our somewhat different approach to aphiémi healing. I'm still going around the horn but I will get back [eventually :-)] to the instruction that Jesus gives us in Mark 9. Today I'd like to continue focusing on the power revealed in Table of the Lord for our healing, what it means to be "in Christ" and why and how this provides the means for us to be free of disease, sickness, pain and suffering.

The picture that Paul draws is that not only was Jesus in the Father, but that the Father came to earth IN JESUS!

Have a look at another scripture.

Colossians 1:19-22: For it pleased the Father that in him should all fullness dwell; And, having made peace through the blood of his cross, by him to reconcile all things unto himself; by him, I say, whether they be things in earth, or things in heaven. And you, that were sometime alienated and enemies in your mind by wicked works, yet now hath he reconciled In the body of his flesh through death, to present you holy and unblameable and unreproveable in his sight.

Look at what Paul says once again. “For it pleased the Father that in Him (Jesus) should all fullness dwell.”

What “fullness”? ALL — A L L fullness! That’s us, folks! Think about this for a minute.

8. Jesus is The Name Above Every Name (Philippians 2:9)

And this is where Paul takes it the next step to show what happened when Jesus took us into Himself.

Colossians 1:21-22 (Amplified Version): "And although you at one time were estranged and alienated from Him and of hostile attitude of mind in your wicked activities, Yet now has [Christ, the Messiah] reconciled [you to God] in the body of His flesh through death, in order to present you holy and faultless and irreproachable in His [the Father’s] presence."

Are you seeing it now?

When Jesus rose from the dead, we rose too because we were in Him!

Remember how Paul said that all the divine fullness existed in Christ — how everything is made complete in Him? We, too — because we are in Him — are complete. Here’s how Paul continues in his letter to the Ekklesia in Colosse:

Colossians 2:9-13 (Amplified Version): "For in Him the whole fullness of Deity (the Godhead) continues to dwell in bodily form — giving complete expression of the divine nature. And you are in Him, made full and have come to fullness of life — in Christ you too are filled with the Godhead: Father, Son and Holy Spirit, and reach full spiritual stature. And He is the Head of all rule and authority — of every angelic principality and power.

"In Him also you were circumcised with a circumcision not made with hands, but in a [spiritual] circumcision [performed by] Christ by stripping off the body of the flesh [the whole corrupt, carnal nature with its passions and lusts], [Thus you were circumcised when] you were buried with Him in [your] baptism, in which you were also raised with Him [to a new life] through [your] faith in the working of God [as displayed] when He raised Him up from the dead.

"And you, who were dead in trespasses and in the uncircumcision of your flesh — your sensuality, your sinful, carnal nature — [God] brought to life together with [Christ], having (freely) forgiven us of all sins. (See also KJV)

Are you beginning to see the connection between the Table of the Lord and Water Baptism? Are you understanding now why these are the only two commands that Jesus gave?

You’ll recall that Jesus said (see John 6:51, 56), “I [Myself] am this Living Bread which came down from heaven. If anyone eats of this Bread, he will live forever; and also the Bread that I shall give for the life of the world is My flesh (body). “He that eats and feeds on my flesh, and drinks my blood, dwells continually in me, and I [in like manner dwell continually] in him.” (Amplified Version)

As Jesus prepared to ascend back into Heaven, He said, ”Go ye therefore, and teach all nations, baptizing them in the name of the Father, and of the Son, and of the Holy Ghost” (Matthew 28:19)

Mark 16:15-16: "And he said unto them, Go ye into all the world, and preach the gospel to every creature. He that believeth and is baptized shall be saved; but he that believeth not shall be damned."

"Buried with him in baptism, wherein also ye are risen with him through the faith of the operation of God, who hath raised him from the dead."

Here’s how Paul put it to the Romans.

Romans 6:3-5: "Know ye not, that so many of us as were baptized into Jesus Christ were baptized into his death? Therefore we are buried with him by baptism into death: that like as Christ was raised up from the dead by the glory of the Father, even so we also should walk in newness of life. For if we have been planted together in the likeness of his death, we shall be also in the likeness of hisresurrection."

If I seem to be repeating myself, I am, but my objective is to say this in as many different ways as possible so that we all get this revelation. I personally believe there is no revelation more important than this.

Everything that Jesus does in our lives, everything we accomplish, our growth and spiritual development, our ministry, the miracles that we perform and participate in — all hang on our being in Christ when He died, and then rose again from the dead. Death cancellation means we don’t have to put up with death. Resurrection from the dead means that death has no power or hold of any kind over us.

It also means that we are free from all disease, infirmity, sickness and pain — since they all stem from the dying process.

Thus, “He that eats and feeds on my flesh, and drinks my blood, dwells continually in me, and I [in like manner dwell continually] in him.”

Colossians 2:13-15: "And you, being dead (nekros: a corpse) in your sins (paraptoma: intentional and unintentional error, lapse or deviation) and the uncircumcision of your flesh (akrobustia:metaphor for non-covenantal state), hath he quickened together (suzoopoieo: reanimate con-jointly) with him, having forgiven you all trespasses; Blotting out (exaleipho: obliterate) the handwriting of ordinances that was against us, which was contrary to us, and took it out of the way, nailing it to his cross; And having spoiled (apekduomai: divesting oneself wholly and completely)principalities and powers (arché & exousia: “chief” authorities [archangels or demonic authorities] and “superhuman” magistrates or controllers — demonic powers), he made a show of them openly, triumphing (thriambeuo: “noisy iambus”, to make an exclamatory procession) over them in it.

The picture that Paul draws here is that of Jesus loudly proclaiming — even singing clamorously and poetically — and putting on exhibit Satan himself and all his demonic forces to show and demonstrate that their power and authority was finished. Satan had committed a crime for which he was judged and sentenced. His crime was thievery and murder. He killed someone — Jesus — who was not subject to his authority.

We have already noted in the past that under universal law, slaves were considered as property. They were not regarded as human beings, and therefore had no right to protest their treatment by Satan. Jesus took us with Him, in Him, and was in us when He went to the grave and was buried in the tomb. (Colossians 2:12)

By the same token, when Jesus was raised from the dead by the Father, we were raised in Him, with Him and He in us. Notice exactly how Paul phrases this in Colossians 2:13.

I’m paraphrasing from the Greek: “He re-animated [us] con-jointly with Him, at the same time obliterating, demolishing and wiping totally clean the decrees of judgment (and accompanying sentence of death) that had been written against us.” THAT'S aphiémi! There is the basis for our healing, our deliverance, our wholeness, the destruction of poverty -- our sozo.

So what happens each time we eat and drink at the Table of the Lord? We eat and drink of the Lord Jesus Christ Himself. Thus, we have “Christ in us!” But notice, once again, how Paul parallels this to Water Baptism.

Colossians 2:12 (Amplified Version): "[Thus you were circumcised (and entered into His Covenant) when] you were buried with Him in [your] baptism, in which you were also raised with Him [to a new life] through [your] faith in the working of God [as displayed] when He raised Him up from the dead."

We enter into the Covenant through Water Baptism:

(1) The corpse of sin gets buried. The “non-person” slave, subject to Satan is put in the grave.

(2) We as new, reanimated, living, breathing creations — re-made in the image and likeness of God — come forth from the grave as beings not subject to the Law of Sin and Death.

(3) Just as Jesus did, we make an open show of principalities and powers in triumph and joyful, noisy song by virtue of having entered into this New Covenant.

(4) Water Baptism not only engages the Covenant for us with Him, it also puts on notice Satan, his archangels, his magistrates and all his demonic foot soldiers that their power or authority over us has been broken and demolished once and for all!

(5) Without Water Baptism, even though we were in Christ and He was in us when He died and was buried, and then rose from the dead, no covenantal step has been taken on our part to demonstrate our acceptance of the New Covenant. Without Water Baptism — and this is an act of faith — nothing has taken place that says to Satan and his armies, “Your authority and power over me has been broken. Your right to torment me, your right to steal from me, your right to take my life — without legal consequence — has been broken by the Blood of the Lamb.”

Remember how John saw this picture?

Revelation 12:11 (My Amplification): "And they (the faith-filled and faith-acting believers) subdued, conquered and prevailed over Satan, gaining complete victory by the Blood of the Lamb [shed through his painful beatings and suffering, and death on the Cross] and the Word of their testimony [the evidence, report and record given] (that they too were in Christ when He died and rose again] spoken, sung and acted upon in Water Baptism; and they did not love, adhere to and cling to their souls, their mindsets and their old thought processes, willingly and determinedly putting their souls, their mindsets and their old thought processes to death without regard for the consequences to their physical well-being."

What precipitated this statement by John? What was it that he witnessed when he was transported into the heavenlies in and by the Spirit?

Revelation 12:10: "And I heard a loud voice saying in heaven, Now is come salvation, and strength, and the kingdom of our God, and the power of his Christ: for the accuser of our brethren is cast down, which accused them before our God day and night."

See you next week.