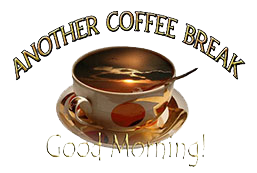 The exhaustive use of the number 12 in Revelation as John begins to unfold the picture of the New Jerusalem has always astounded me.  Talk about mathematical precision.  The metaphorical representations draw a picture of the Bride of Christ in a way you just can’t miss!  I’ve talked about this in times past, but take another look.

When John wrote, “And I John saw the holy city, New Jerusalem, coming down from God out of heaven, prepared as a bride adorned for her husband,” the angel of the Lord was showing him the same thing that Ezekiel had seen in a vision.  It was not a city in the sense of a physical or geographical place; it was the ensample of a principle: a principle which strikes at the very heart of all that the Lord has been doing in our midst.

The mathematical revelations of this city are, individually and collectively, inescapable proofs of the calling, the preparation, and the final adornment of us as a people for Jesus Christ.  As John was carried about the city in the Spirit, he saw the following:

2)  And at the gates twelve angels, and the names written thereon,

3)  Which are the names of the twelve tribes of the children of Israel.

4)  And the wall of the city had twelve foundations,

5)  And in them the names of the twelve apostles of the Lamb.

6)  And he measured the city with the reed, twelve thousand furlongs.

Before we continue, let me take you back to two earlier pictures in Revelation which parallel this picture of the city.

In Revelation 7:3 - 4, 14, John describes hearing an angel cry, “Do not harm the earth or the sea or the trees, until we have sealed the bond-servants of our God on their foreheads.’  And I heard the number of those who were sealed, one hundred and forty-four thousand sealed from every tribe of the sons of Israel……

“…And he said to me, ‘These are the ones who have come through great tribulation, and they have washed their robes and made them white in the blood of the Lamb.”

Then John describes a second group of 144,000 (see Revelation 14:1).  “And I looked, and behold, the Lamb was standing on Mount Zion, and with Him one hundred and forty-four thousand, having His onoma, and the onoma of His Father written on their foreheads.

And I heard a voice from heaven, like the sound of many waters and like the sound of loud thunder, and the voice which I heard was like the sound of harpists playing on their harps.  And they sang a new song before the throne and before the four living creatures and the elders; and no one could learn the song except the one hundred and forty-four thousand who had been purchased from the earth.”

Have you ever considered the significance of this number, 144?  It is twelve in its completeness: 12 X 12, twelve squared, twelve completed and fulfilled.

Twelve in atomic physics, as we have previously noted, is the maximum number of atoms which can be cohesively related one to another.  It is the number of relationship.

When Jesus chose His disciples, He chose twelve – not nine or ten or thirteen or fourteen.  Why?  Because it was the maximum number of people with whom He could develop an interpersonal, intimate relationship.  It was the maximum number of people (units, actually; where we define a family as a unit – not just the father or the husband) with whom a relationship of trust, transparency, openness, faith and love could develop without becoming watered down or diminished.

Twelve was the maximum number of individuals who could relate one to another without becoming divided into cliques or private little circles.  It was the perfect number of trust and transparency.  Within the framework of twelve, relationships could develop in which barriers of distrust and fear could be dissolved.  Processing and change could take place within the individuals without the fear of betrayal.  (OK, I know the original twelve had a Judas, but the Lord permitted that so as to fulfill His plan to have a Bride, free from the bondage of the Serpent.  The apostle Paul recognized that he was one “chosen out of due season”to replace Judas as a replacement member of the original twelve.)

This picture was initiated with Israel’s selection as the first Bride in the earth.  Jacob had twelve sons, each of whom represented one/twelfth of the whole Bride.  Some have erroneously concluded that there were thirteen tribes because of the half-tribes of Joseph: Ephraim and Manasseh, but Ephraim was chosen to take the place of Levi, whose inheritance was the Lord – not land and holdings as did each of the other tribes.  Levi was instructed to live amongst the other tribes, being a separate yet joined people who existed entirely as a channel of communication between the Bridegroom and this corporate Bride.

Anyway, John sees two distinct groups of 144,000.  The first is taken from the twelve tribes of Israel.  The second was “purchased from among men” (in the larger sense of the earth).  Why two groups instead of one?

Remember the first Bride in the earth: the Bride who chose the flesh and the Law instead of the intimate relationship being offered by God?  That Bride was Israel.  Here is an extraordinary picture of the Spirit of Grace and Supplications, of whom Zechariah prophesied.

Though Israel had been divorced by the Lord, though she had been “sent away” into captivity for her adulteries, and even though the Law specifically forbade remarriage to one who had been “put away” (see Deuteronomy 24:1-4), the Lord promised that He would once again call Israel to Himself, that He would take her back, divorce, warts and all!  He even sent Hosea to live the picture of that promise prophetically before Israel.

Hosea was instructed to marry Gomer, a woman who had been a prostitute, and to have children with her.  True to her past life, Gomer ran off from Hosea after several years of marriage, and married another man.

Hosea was instructed by the Lord to go and find her and bring her back to himself, and in so doing to say to Israel,

Jesus made it clear that there would come an end to the days of His Grace to the Gentiles (all non-Jewish nations), that Jerusalem (which had been under foreign occupation and rule since the first days of Israel’s captivity) and Israel would once again return to a place of relationship with Him, becoming a free people.

Luke quotes Jesus as saying, “For there shall be great distress in the land, and wrath upon this people.  And they shall fall by the sword, and shall be led away captive into all nations: and Jerusalem shall be trodden down of the Gentiles, until the times of the Gentiles be fulfilled.”(Luke 21:23b-24 NASB)

Then Paul shares some startling revelation and promises. (See Romans 11:25-29)  “For I do not want you, brethren, to be uninformed as to this mystery, lest you become wise in your own estimation, that a partial hardening has happened to and in Israel until the fullness of the Gentiles has come in; know therefore that Israel will be saved, healed, delivered and made whole, just as it has been written, ‘The Deliverer will come from Zion, He will remove ungodliness from Jacob.  And this is My Covenant with them, when I shall have taken away their sins.’

“From the standpoint of the gospel (at this moment in time) they are enemies for your sake, but from the standpoint of God’s choice, they are beloved for the sake of the fathers; for the gifts and calling of God are irrevocable.  For just as you were once disobedient to God, but now have been shown mercy through and because of their disobedience, so these also have now been disobedient, in order that because of the mercy shown to you, they may now likewise be shown mercy.”(RACTranslation& Amplification)

What he is saying is this: the purpose of the Bridegroom from the beginning was to permit Israel to fall away so that He could extend His mercy to the nations, calling them to Himself; and that when the day of His mercy and calling to those nations is fulfilled, He will – because of their past disobedience – now again show mercy to Israel and call her to Himself as in the days of old.  The promise of the Bridegroom to Israel, therefore, is His Covenant.  In spite of Israel’s adulteries, and her subsequent divorce from the Lord, the Bridegroom’s gifts and calling to her are without repentance.

That this is Truth is evidenced in a stupendous move in today’s Jewish community.  When I first began to work on this article, I was told that in New York City alone, more than a thousand Jews per day are coming to know Jesus Christ as their Messiah and Bridegroom.  In Israel, in spite of the media attention to the uprisings and problems between the Arab and Jew, hundreds and even thousands of both Arabs and Jews are turning to Jesus Christ with their whole heart.

Jews are forsaking their Judaism and legalistic past in staggering numbers.  Even though the media spotlight is turned on the political conflicts, a spiritual peace is in the works which will sweep the nation of Israel and bring about the fulfillment of Jesus’ promise.

I know this doesn’t seem to fit with many of the contemporary interpretations of “end times,” but it is happening nonetheless!  We are about to behold a miracle of the ages as the Lord brings about a peace between brethren: Jews and Arabs.  (And, NO, I didn’t grab this out of thin air, or make it up as some kind of new doctrine.  Isaiah prophesied it.  Ezekiel prophesied it.  Jeremiah prophesied it.)

Next week, we’ll wrap up this picture of the New Jerusalem.  Maybe these analogies don’t fit with what you’ve heard or been taught but I want to stir your spirit and cause you to rethink things.  Hopefully, this overall picture I’ve been drawing for you of the Call to the Bride by the Bridegroom going forth in the earth today will awaken things in you and cause you to realize that the Lord has a grand and glorious purpose for His people.

Things are not unfolding in the traditional ways we’ve been taught.  God is working in extraordinary ways with folks who are responding.  This is a year of overflow for those who walk in commitment to the Lord Jesus Christ.

In case you are missing out on real fellowship in an environment of Ekklesia, ourSunday worship gatherings are available by conference call – usually at about 10:30AM Pacific.  That conference number is (712) 770-4160, and the access code is 308640#.  We are now making these gatherings available on video usingZOOM.  If you wish to participate by video on ZOOM, our login ID is 835-926-513.  If you miss the live voice-onlycall, you can dial (712) 770-4169, enter the same access code and listen in later.  The video call, of course, is not recorded – not yet, anyway.